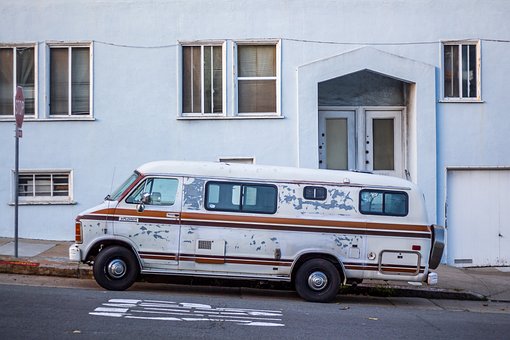 I recently read an article about a teenage girl who was kidnapped and held captive for 30 days. Thankfully, the young woman escaped captivity and is now reunited with her loved ones.

As a mother of 2 girls, the narrative shook me to the core. It angered and scared me. To the point that I not only want to help avoid something so tragic from happening to my children, but other children as well.

Kidnappers drive vans because it makes it easy to catch someone and throw them in. Also, many builders use white vans to create their logo stand out and to carry their equipment. Therefore, there is a plethora of white vans making it more difficult to identify a potential danger and more difficult for authorities to trace.

Last week my daughter was walking to school. She usually meets up with a buddy in the corner so she was walking one block independently. On the mornings her sister does not have a morning activity, they walk together.

On this particular morning, just a few minutes after she left, she walked back in the doorway.

She did not overlook anything that day. As she was walking, a white van was driving down the road. Feeling somewhat scared she turned around to headed home.

Most likely, it was a contractor taking a look at the house numbers trying to find the address of a job. However, you just never know.

I shudder every time I get an Amber Alert or learn a new sex offender has moved into the area. So I was happy that she came home. Another scenario is too unbearable to even imagine.

They say there is safety in numbers. I’m thankful that she’s a friend to walk with and strongly encourage it. Whenever possible, you should have your child walk with a buddy. Regardless of whether it is midnight or the middle of the day.

Another way to keep your kids safe is by getting them a cell phone. It not only gives you peace of mind but it’s a traceable way to know your child’s whereabouts. Have your kids text you when they escape from college or when they get home. This way you know they safe.

Discuss possible dangers with your child. If I hadn’t told my daughter the dangers of the dreaded white van, she may have kept walking. I’d much rather have my kid a little afraid and cautious. But most importantly – safe.